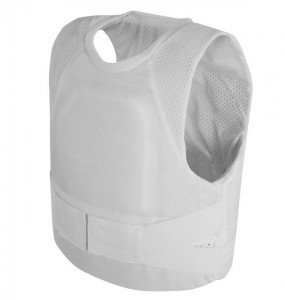 This is part 3 in an on going series on armor and armor choices for home defense and EDC.

As I’ve mentioned in previous articles, I don’t personally feel the need to wear armor on a day to day basis but having something in the kit allows you the flexibility to have that option should your normal day to day routine deviate from the norm.

Enter the Stealth Pro from Safe Guard Armor .  The Stealth Pro is billed as an “Ultra Concealment Vest” and I’d be inclined to agree.

Over the past few weeks I’ve been wearing my Stealth Pro around town in my day to day travels as well as on a few road trips to test it’s comfort for extended periods in the car.  Unlike an older vest I have (I would wear back in the late 90’s when I was a FF/EMT and in bad areas of the county), this vest has the upgrades you would expect in a high end product.

It has mesh in all the appropriate areas to help dissipate heat from your body, full shoulder support as well as a fitted neck.   The Stealth Pro comes in various levels of protection from 2 to 3A as well as options for edge and spike protection as well.

Keep in mind that no vest is bullet PROOF and that just because it’s a bullet resistant vest doesn’t mean it will protect you from knife or stabbing threats.  Lvl2 is rated for up to .357 magnum and Lvl 3A includes high velocity 9mm and .44 magnum.  You can read more about those rating HERE.

The cost difference between the lvl 2 and 3A isn’t very significant and neither is the weight difference.  The flexibility and movement of the vest won’t be affected much either, so in my case I went with the lvl 3A vest.  I didn’t select a vest with the added protection for edge or stabbing theats but both options are available with the StealthPro. 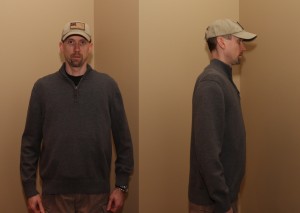 In my encounters with people around town, I don’t think anyone noticed I was wearing armor.  Being in the Midwest, when outdoors I always had a jacket on but I purposely removed my jacket promptly upon entering a building.  Wearing a jacket, it would be completely impossible to tell I was wearing armor.

No one noticed, that I could tell anyway.  I also wore my armor to church several times, including Christmas Eve service.  I got a few pasts on the shoulder as usual but due to the construction of the carrier, you cannot feel it when it’s under a 1/4 zip fleece or pull over.  It’s invisible to the eye and to the touch on the shoulder.

Obviously someone touching my back or chest would feel the vest.  Although given a decent weight fleece or hoodie, a sheep patting you on the back may not even notice it.

The vest offers great protection and wrap around coverage on the sides as one would expect. 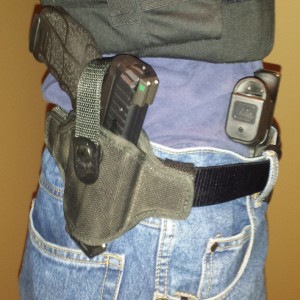 Comfort when carrying.  I didn’t wear the vest without being armed and my usual EDC setup wasn’t affected by the vest.  I generally carry AIWB and did so for the majority of the time with the vest.  I also carried strong side OWB and had no issues either.  I include the photo for comparison purposes, I didn’t carry two firearms on my belt line at the same time during T&E, I alternated.

Overall I’m quite impressed with the StealthPro and glad I have it.   Various videos are on YouTube showing the ballistics testing of this vest so at this time I’m not inclined to shoot mine and I feel confident in it’s abilities.

As you sort through your armor choices, keep in mind that you may need to wear your armor outside the house at some point and in social situations.  I still find hard armor, rated for rifle rounds, preferable for home defense. If I could only choose one piece of armor to buy, I’d lean heavily to soft armor simply because of the flexibility to wear it discretely in various settings.

I’ll be revisiting this vest over the summer when temperatures here rise and report back on comfort during the hottest months of the year ad how the vest is holding up.  Given concerns about terror attacks on churches, I may likely add armor to my EDC while attending services, as one of the Sheep Dogs in my congregation it seems like a prudent thing to do.

Part One can be found HERE

Part Two can be found HERE