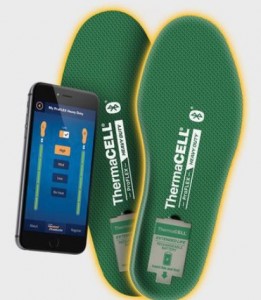 I spend a lot of time outdoors, even in the winter. I find it difficult to keep my feet warm in situations I’m either standing or sitting still for long periods of time.  Even with my -40 degree Bogs water proof boots, sitting on my UTV plowing my driveway or laying perfectly still while predator hunting my feet would be freezing within half an hour or so, even with temps only in the teens.

Like everything we test here at 13C we use our products quite a bit before rendering a final verdict and with 2 months of use, we’re ready to render a verdict on these high end insoles.

The battery on the Heavy Duty ProFlex Heated insoles is rated for 8.5 hours on low heat and in my Bogs boots I never really felt the need for low heat with the exception of the night I slept in and woke up to find 6″ of fresh snow not including deeper drifts covering my 450′ driveway and snow falling at rate of about 1″ per hour I spent nearly 3 hours on my UTV clearing the driveway back open.  During this time, with winds of 15-20mph and temps in the single digits I turned the heat up to medium after about an hour. 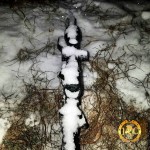 On my weekend of Coyote hunting temps were around 25 degrees and low heat was perfect.  I didn’t charge my batteries on Friday night and left them off but in the insoles.  I came out Saturday night, slipped my feet in and turned the insoles back on and went out to setup.  Setup took about 15-20 minutes and I lay still acclimating myself to my environment for 5-10 minutes before beginning my calls.

The second night took nearly half an hour to call in our first Yote and just before I did I noticed my right foot getting cold.  Dead battery.  As I suspected the insoles, while not constantly putting out heat, are looking for my phone to pair with and as such discharged battery while being left in the insoles.

For my next test I removed the batteries from the insoles without charging them after use and used them again the next night, the batteries were right where I left them charge wise.  Charging time from 0 to 100% is quick at 2 hours and you can use any USB port if you don’t have a standard outlet available which is very convenient.

We already covered some of the heat output and it’s important to note if you put these in mesh running shoes you’ll have to run them on high and that will eat through the batteries quicker.  Running these in my standard Magnum boots they have done well and I haven’t had any issues.  Spare batteries are sold separately and run about $50. 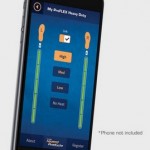 The Bluetooth interface is straightforward with a simple download from the APP store for Android and iPhone and you can control heat levels from low, medium and high and individually as well although I’m not sure why you would want one foot at a different temperature than the other, at least for my applications anyway.

The insoles are comfortable and the thin Poron cushioning on the batteries is much more comfortable than I thought it was going to be.  Keep in mind when I say comfortable I’m comparing them to the standard insoles that come in either the Bogs or Magnums not necessarily to my Asics Gel Nimbus running shoes.

Also of note they have an antimicrobial coating and are water resistant.

Why not use disposable warmers?  The first reason, at least for me, is that foot warmers can be uncomfortable and also they tend to make my feet sweat because they get too hot.

I’d call these one of my “Buy once, cry once” products.   They’ve served me well and we’ll have a followup on these insoles at our Facebook Page at the end of the season.

As an Oath Keeper Joe is known for his staunch, unwavering defense of Liberty and the Constitution. His background in medicine, from the streets as a FF/EMT to a level 1 trauma team, bring a unique perspective to TBS team. As a life long firearms enthusiast you may also recognize him from his work with MAC and as founder of 13C Gun Reviews.
View all posts by Joe →
Reviews bluetooth, heated insoles, proflex, thermacell