Murdered on his doorstep. A firearm isn’t a magic talisman. 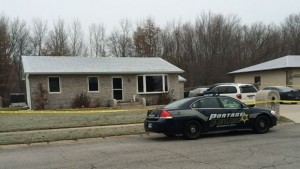 Less than a mile from my old house a man was murdered this morning.  Alex Tapia was, by all accounts, a good husband and loving father.

At approximately 5:30 this morning Mr Tapia confronted 3 males breaking into cars in his driveway.

While details are short at this point it would appear that Mr Tapia stopped the three thieves and was attempting to contact the police when one of the three suspects drew a concealed handgun of his own and exchanged gunfire with the home owner.

While Mr Tapia did manage to shoot one of the three assailants, he was also shot.  He would later be pronounced dead at Porter Regional succumbing to a single gunshot wound to the chest.

Portage PD worked quickly and apprehended one suspect almost immediately.  The other two were arrested in nearby Michigan City when they sought treatment for a gunshot wound at a St Anthony’s hospital.

As I’ve said before, please, PLEASE get training with your firearms and never let your guard down.  My thoughts and prayers go out to the Tapia family who moved to Portage from East Chicago to escape the crime and violence that has been plaguing that area.

I’ll update this story on the 13C FaceBook page when more information becomes available and if donations are setup to help Mr Tapia’s wife and children after this tragic loss.