Mother shot by her 2 year old in a Walmart today. 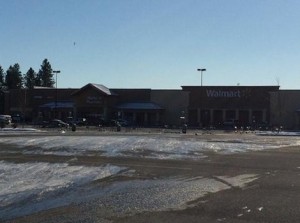 Those of you who follow 13C know I advocate on body carry, first and foremost.  Off body carry, IMO, is for those circumstances when on body carry is basically impossible… not simply “inconvenient” or “uncomfortable”.

Today in a Hayden, Idaho Walmart, a two year old boy shot and killed his mother.  Most will call this accidental but I would call it negligent. Details are still slim but the woman was browsing in the electronics section when the incident occurred according to a local ABC affiliate.

Gun Control should be about controlling your gun and who, if anyone, has access to it.  This was a senseless tragedy that could have been avoided had the woman been carrying either on her body or kept the purse strapped to herself.

My condolences go out to the family and I can only imagine what sort of (unwarranted) baggage this child will likely carry because of his mothers negligence and failure to maintain her situational awareness and realize that a 2 year old was digging into her purse.