Let them eat turtle? The Patriots vs the government. 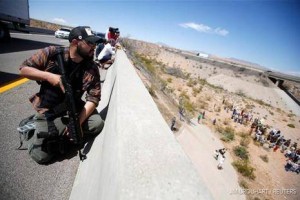 I don’t think most people realize how close the BLM situation in Nevada came from becoming the second shot heard round the world.

Some folks were asking what ‘main stream’ media was covering this, KHQ NBC in Nevada had this FoxNews.com had this.

The articles fail to mention that there were hundreds upon hundreds of armed Americans who showed up yesterday as well. 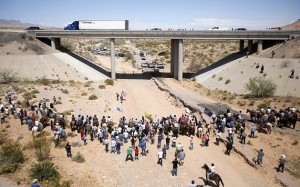 “And what country can preserve it’s liberties if their rulers are not warned from time to time that their people preserve the spirit of resistance?”  – Jefferson

I am thankful yesterday ended peacefully.  I have no doubt that the hundreds of brave American men and women who put their lives on the line by armed (peaceful) presence yesterday are directly responsible for such a benevolent outcome. 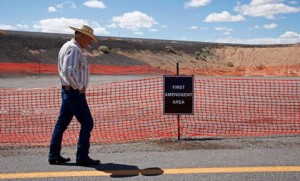 Yesterday we saw an out of control agency act with respect and reason, where in days prior unarmed protestors had been corralled into “First Amendment areas”, tasered and women thrown to the ground like rag dolls.  What changed?

Hundreds of Americans, exercising their Right to self defense, showed up in addition to the hundreds of unarmed protestors.  Funny how that works… when only one side has the guns, they tend to run rough shod over the other.

I don’t think the situation with the Bundy ranch is over but what is over, for now, is an out of control agency completely ignoring the Constitution.

You can read a great article about it over on The Bang Switch but in a tiny nut shell, the BLM told the protestors to disarm and the protestors said “You first.”  The BLM then left.  Wow. 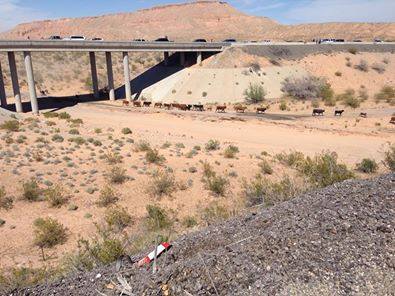 Watch this 4 minute clip of a rancher explaining what is going with the BLM: 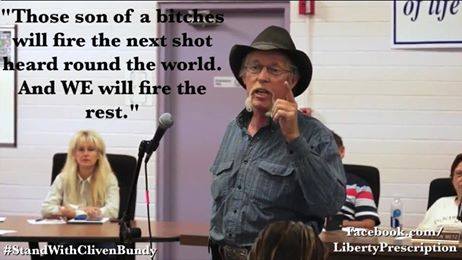 You can find out more about the BLM here, it’s very well done and worth your time:

Ever notice how all these things seem to happen in April?

Join us on Facebook, Twitter , Google+ and of course the 13C YouTube page to keep up to date on this and other issues relating to Liberty and Freedom and reason why we can defend them, the Right to Keep and Bear Arms.

How much land does .gov own?  It might shock you: http://benswann.com/lofti-who-actually-owns-americas-land-a-deeper-look-at-the-bundy-ranch-crisis/#ixzz2ymLdGQqf