Stories have been flooding the news lately about home owners shooting would be home  invaders but this story is a little different.  This time a family shoots a home invader… together.

When 40 year old Mitchell Large started breaking into the rear of Pena family home, the Father, Mother and oldest son all retrieved their firearms and acted to defend their home and their family. 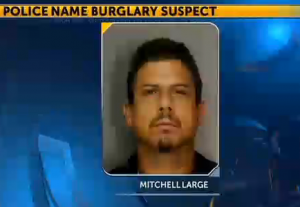 The father fired a warning shot first which did no deter Mitchel’s advance.  That’s when the family of three fired multiple rounds, striking and killing the home invader.

“It appears at least two of the family members fired in defense of themselves and their property,” said Police Chief Gary Hester.  No charges are likely to filed against the three family members.  A fourth woman, the daughter of Mr. Pena, was home during the invasion but did not witness the shooting.

Do you have a plan to defend your home with your family?  This might be the right time to sit down and draw up some home defense plans with your loved ones.

You can see a video report of the incident here:
http://www.wsav.com/video?autoStart=true&topVideoCatNo=default&clipId=10027557