Alabama man shoots would be assailant in a Dollar General store. 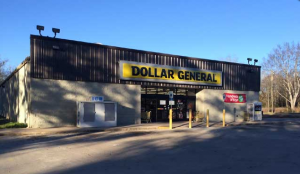 The story is a bit bizarre, a man entered a Dallas County Dollar General store and started waving a gun.  The motive isn’t clear yet but when made the clerk and another customer enter a back break room, the customer decided it was time to put and end to the insanity.

Initially the store has other customers inside as well as a delivery person but when Kevin McLaughlin pulled out a gun and started waving it around, they fled the store and several 9-1-1 calls were immediately placed.

It’s not clear why Marlo Ellis and the unnamed cashier also didn’t flee as well before being ushered towards the back break room.  McLaughlin allegedly threatened to “kill everyone”.

Ellis was carrying a concealed handgun at the time and shot McLaughlin once in the chest as they were being forced into the break room, preventing what may have turned into a hostage situation or execution. 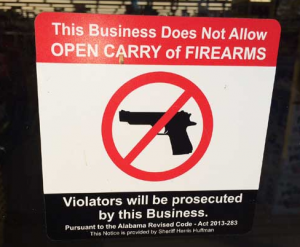 McLaughlin was pronounced dead at scene and the Sheriffs office is not treating the shooting as a crime at this point and no charges have been filed, although the Dallas Co sheriff is investing and will forward the matter to a Grand Jury as a matter of procedure.

Interestingly the store has a sign banning open carry in the store.  Presumably concealed carry isn’t banned by the store.

We’ll follow up on the story and keep you updated on this story and reaction, if any, from Dollar General.  Security camera footage has not yet been released yet either.