Ruling: Chicago ban on sales and transfers of firearms are unconstitutional. 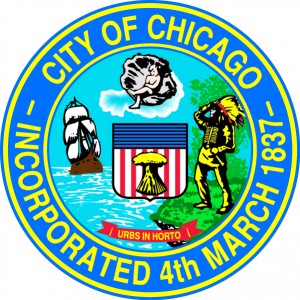 A federal judge has ruled that Chicago’s ban on the sale and transfer of firearms inside city limits are unconstitutional.

The 35 page ruling by U.S. District Judge Edmond Chang had some notable quotes:

“The stark reality facing the City each year is thousands of shooting victims and hundreds of murders committed with a gun. But on the other side of this case is another feature of government: certain fundamental rights are protected by the Constitution, put outside government’s reach, including the right to keep and bear arms for self-defense under the Second Amendment”

I have to say, I’m impressed by the last portion of this quote in which he nails it: “fundamental rights are protected by the Constitution”.  It’s encouraging to see a federal judge using the proper terminology and recognizes that Rights supersede the Constitution and that the Constitution doesn’t ‘grant’ them.

He goes on to say:  “Chicago’s ordinance goes too far in outright banning legal buyers and legal dealers from engaging in lawful acquisitions and lawful sales of firearms.”

While a win overall, there are several issues I have with the ruling, the first is that the judge places a stay on his ruling until Chicago has a chance to appeal.

Again we have another judge and another court ruling something is unconstitutional but allowing it to stand, I covered that several months ago during the decision by the Illinois Supreme court that allowed a blatant violation of the peoples Right to self defense to continue because: ‘eventually people can get a license to defend themselves…’

These “stays” are outside of the authority of these judges.  One of the most famous court decisions ever, Marbury v Madison, settled that issue over two centuries ago:
“an act of the Legislature repugnant to the Constitution is void.”

Void.  Void as in never was and never should have been.  Some people would take this opportunity to point out this judge was appointed by the current administration…

We’ll continue to keep you updated, I expect the city of Chicago to waste more taxpayer money by appealing this decision.