A small anti-gun group has called for a boycott of Starbucks on Friday 8-9-2013. 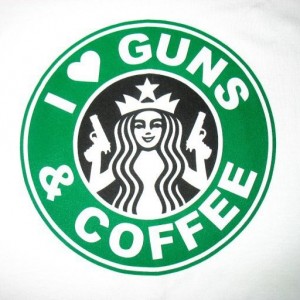 As in previous attempted boycotts, supporters of the Right to Keep and Bear will be flocking to Starbucks to show their support for a company that refuses to ban firearms on it’s property, even after protests and some negative press.

The last attempted boycott was on Valentines Day, pro RKBA supporters showed up and made it one of the busiest days of the year for the company, all across the nation.

If you are considering a cup of coffee or a frozen coffee drink, consider dropping by your local Starbucks.  Supporters will be doing various things to show they are there to support Starbucks and RKBA from wearing pro-gun shirts to paying with $2 bills, a clever play of the 2A.

Do you plan on visiting Starbucks to counter the protest?  Let us know on our Facebook page your plans for the day.