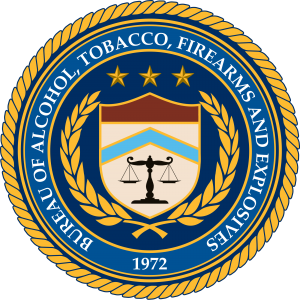 For those who aren’t familiar, you can find the proposal HERE.

When the story initially broke, I made some simple social media posts and shares and didn’t feel like dedicating an article specifically to this topic, after all within minutes it seemed everyone else already had.

Unfortunately many of the blogs and posts, not all of them but many, of those articles have been more hype than substance and led to some confusion, some panic buying and very few useful calls to action.

Personally I can’t stand “whoa is me” or “we’re doomed” articles that don’t offer some tangible thing people can do to try and have a more suitable or favorable outcome from an otherwise horrible situation and that’s why I’m writing this piece at midnight when I should be getting some sleep.

First-  Stop bitching and do one of these three things.  Only one of these three per ATF rules. Right now.
Option 1- Email your thoughts to:APAComments@atf.govOption 2- Fax your comments to:
(202) 648–9741Option 3- Snail Mail:
Denise Brown, Mailstop 6N – 602
Office of Regulatory Affairs, Enforcement Programs and Services, Bureau of Alcohol, Tobacco, Firearms, and Explosives
99 New York Avenue NE, Washington, DC 20226
Whichever option you choose make sure to include – ATTN: AP Ammo Comments

Go do that right now, this article will still be here and you can come back to it when you are done.  Excellent, you’ve just done more for this issue than joining the NRA / GOA / NAGR or XYZ pro-gun group.  Speaking of which, you are a member of them already… aren’t you?  Perhaps your should go take care of that next.

By sending that email / fax / snail mail, you just made a positive impact on the future of this.  Even if the ATF decides to ban it, in future court cases the hundreds of thousands of comments people just like you made can be submitted into evidence that the ATF generally disregards comments from the public and that alone is enough to put THEM in violation…. hopefully.

In any case, you aren’t just one of the faceless masses pounding away on a keyboard preaching to your pro-gun choir.  Thank you for taking a moment out of your day to do more than most people do.

I understand SS109 / M855 fling off the shelves right now… I don’t understand why you didn’t already have a case or two set aside but hey, that’s your fault if you forgot about the rush after Newton so soon.

YES!  You should have a few cases set aside for a rainy day.  You shouldn’t wait until something like this to do it though.  Over and over again we see this sort of thing happening.

In any event, please don’t feed what will likely be a huge secondary market for over priced 5.56 / .223 at your next gun show.  The only ammo that is potentially going to be banned is of the SS109 / M855 variety and if everyone is doing their part sending emails, making phone calls and being proactive perhaps it won’t be banned after all.

On the plus side, I do love it when people actively pursue their Right to Keep and Bear Arms and knowing that millions of more rounds of ammunition are out in the hands of American public does bring a smile to my face.

Stay grounded and make your friends and family fill those email inboxes and light up those fax lines!

ATF FRAMEWORK FOR DETERMINING WHETHER CERTAIN PROJECTILES ARE “PRIMARILY INTENDED FOR  SPORTING PURPOSES” WITHIN THE MEANING OF 18 U.S.C. 921(a)(17)(C)
http://www.atf.gov/sites/default/files/assets/Library/Notices/atf_framework_for_determining_whether_certain_projectiles_are_primarily_intended_for_sporting_purposes.pdf