Spending money on quality gear. Is it worth it? 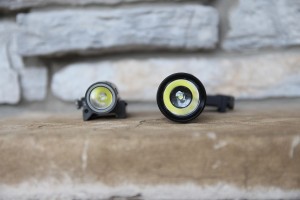 In need of a better, and more mobile, canopy for the new range project I was searching on the Costco website and in addition to finding a decent easy up / one person setup canopy that should work I also came across a ” TX40 tactical weapon mounted light” for $65.

It’s costco and you can return anything, for any reason at almost any time (save tv’s, cameras and computers), so I figured what the heck.  Tactical on a budget! 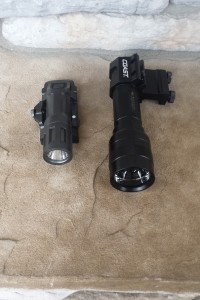 My package arrived today and the first thing I noticed out of the box… this thing is pretty big.  5 and 11/12 inches long.  Let’s call it a full 6″.  Not what I was quite expecting.

The light output itself seems to pretty good, on par with my other lights in that range and the beam is nice and tight as advertised.  So that is a plus.

Next is the pressure pad and tail cap.  It isn’t in the box, so I can’t comment on it’s function.

So I get asked all the time, “is XYZ worth it”.  This can be a relative question but let’s put this light up against the Inforce WML 200 lumen light I bought from Chi-Town Tactical a couple of weeks ago.

The Inforce is 4″ long and with the integral mount is smaller than the Coast in height as well.  Brightness is pretty close but the 35 extra lumens from the coast is noticeable and the coast has a tighter beam.  The use of AAA batteries and lifetime warranty is worth noting.

FWIW I find 200 lumens to be more than sufficient for use in a home, beyond that and you risk blinding yourself if your beam hits a light colored wall. 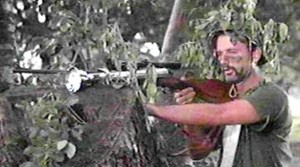 So is the Inforce (for example) worth twice the price of the Coast?  Again this is subjective but considering I don’t want a huge light hanging off my rifle and the TX40 is nearly twice the weight, I’d take the Inforce.  The TX40 will be going back to Costco for a refund.

If I was looking for a handheld on a budget I’d probably select something from Fenix first.

While I do subscribe to “buy once cry once” philosophy, I also know I can’t afford to buy multiple high end flashlights (or other devices) and try to reserve the higher end items for my “working” purposes.

Sort of like putting a T1 micro on a go-to rifle and a Sparc on a second or third line rifle.