Complacency. WI man dead after negligent discharge to his femoral during reholstering 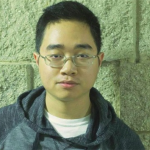 Friday evening a Wisconsin man, Timothy Phonisay, shot himself in his right thigh at approximately 11pm in his home.

It appears that Mr Phonisay was reholster his pistol, a “.45 caliber Springfield”, after taking a ‘selfie’ when the negligent discharge occurred.

Mr. Phonisay’s cousin was home at the time and heard the shot and his cries for help and called 9-1-1.  Upon arrival at Froedtert Hospital he was rushed into surgery and pronounced dead at approximately 1am Saturday morning.

The medical examiner lists the cause of death as a gunshot wound to the right thigh and femoral artery.

Details beyond that are sketchy and there isn’t a lot known.  The handgun is listed as a “.45 caliber Springfield” in every report I can find, it’s unclear if it is a 1911 or what is probably more likely, a striker fired model such as an XD.  The method of carry isn’t listed either but given the injury I’d say it’s safe to say it was probably Appendix Inside the Waist Band ( AIWB ).

As those who follow 13C know, I have carried AIWB for about 3 years now and I every time I do a video or review of a holster for AIWB carry I always stress the dangers of this method of carry.  Especially for novices.  According to police Mr. Phonisay, age 22, had his license to carry for 3 months.

A license to carry is just a piece of paper or plastic and the required training, if at all, is not so much training but how to legally carry.  I am 100% opposed to mandatory training but I think every person who carries should get training on how to properly carry and defend yourself.  Definitely better training than is offered in a standard state cert class.

AIWB carry is dangerous, but only if the operator is negligent in their actions.  In Mr Phonisay’s case if he was carrying a XD45, it has a backstrap safety.  Had he have taken the time to remove his hand from that portion of the grip as he reholstered, even if there was clothing in the trigger guard, the handgun probably would not have discharged.

We can “what if ” it all night long, such as what if he had realized there was resistance and not forced the handgun in, it probably wouldn’t have discharged.  He was also 22 years old, taking selfies at 11pm on a Friday night, alcohol may have been involved as well, although that would be conjecture at this point.

Our thoughts and condolences go out to Mr Phonisay’s family during their time of loss.

I give my tips and thoughts on AIWB carry in this video from back in February.

Notice that I may be quick into the fight but ALWAYS slow and deliberate on the reholster.  Even with snow on the ground and layers of clothing.  Never rush it, No one ever won a gun fight because they reholstered quickly.

What is your preferred carry method and thoughts on this tragedy?  Let us know on our Facebook page :  www.Facebook.com/GunReviews