An Airman, a National Guardsman and a civilian walk onto a European train. And kick ass. 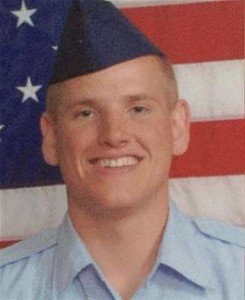 Meet Airman Stone, one of 3 Americans to foil what would have been one of the worst mass shootings on board a European train from Belgium bound to France.

Airman Stone, Army National Guardsman Alek Skarlatos and a US Citizen names Anthony Sadler,  were the first of 4 people to attack and subdue a crazed terrorist armed with knives, razors and a AK-47 with 9 loaded 30 round magazines.

According to the news reports Airman Stone and the other Americans saw the would be mass murderer enter the bathroom and then heard “sounds of a weapon charging”.

When the assailant exited the bathroom the Americans sprung into action, tackling and subduing the terrorist.  Airman Stone was injured in the struggle and was hospitalized over night for knife wounds.

“I saw a guy entering the train with an AK and a handgun,” Skarlatos told CBS News, “… and I just looked over at Spencer and said, ‘Let’s go. Go,’ and he jumped up, and I followed behind him by about three seconds. Spencer got to the guy first.” 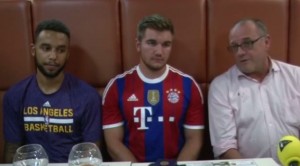 Skarlatos, Sadler and Norman at a press conference

A fourth man, a British businessman named Chris Norman, who was returning from a business trip in the Netherlands to his home in southern France, said the gunman was small and not visibly strong but “he put up quite a bit of a fight.”

Another gentleman, a French-American with dual citizenship was shot once during the melee.

French and US authorities are calling the men heroes and applauding their actions.

The three Americans were childhood friends and Airman Stone was released from the hospital today.

Kudos to these brave men for their quick and decisive actions!  Remember:

“The only thing necessary for evil to triumph is for good men to do nothing.”  -Edmund Burke.