Another mass shooting in a “gun free zone”. Why can’t the Military defend itself at home? 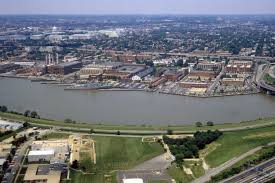 As our hearts go out to the victims and their families in D.C.  many pundits are already trying to blame civilian ownership and carry of firearms, specifically assault weapons and concealed weapons permits.

See this article through to the end, I have some poignant advice for those of us who would like to help and prevent this from happening again so easily.

Logic generally escapes those who would have all of us live in gun free zones.  First because the Shipyards are a gun-free zone.  Second because D.C. doesn’t allow concealed carry either.  So why bring it up?  Because it fits their agenda.

Interestingly enough the mass murderer , whose name isn’t important to me and it shouldn’t be to you either, is also said to have a criminal record.  Chances are he wasn’t in possession of a valid license to carry if that is the case.  Either way, his license wouldn’t have been valid in D.C. or in the Navy Yards so it’s irrelevant to this incident.  He was carrying illegally.

Back to this “Gun Free zone” notion.  Obviously they aren’t, because every single mass murder involving a firearm in the US, except one, has happened in a “gun free zone”.  Disarming more good people only empowers those who would harm them.  It in no way helps them.

It’s also important to note that the 9mm handgun with the “high capacity” magazine he used was stolen from a DC police officer he murdered.  It is also like the “AR-15” was stolen from DC police as well.  Video shows the murderer entering with only a shotgun.

Why were the Military and Civilian contractors such easy targets?  Blame the Presidents.  Seriously, BLAME THEM.  Let us not forget to blame Congress for not acting to stop that madness either. 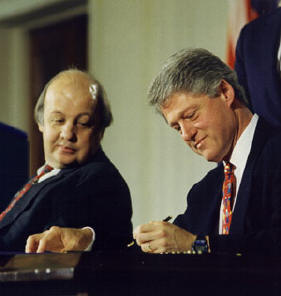 You see in 1993 Bill Clinton oversaw regulations banning the personal carry of firearms on all military bases and installations from all service men and women, even officers.

In 2009 Barrack Obama did nothing to change it, not even after a deranged Army Major slaughtered Soldiers in Texas.

Why does the insanity continue?  If these brave men and women are good enough to be in the Military or on a military installation, why are they denied their RIGHT to self defense?

While we may not be able to get this President to change his mind, we can certainly lobby Congress NOW and push for a 2/3 majority to make this change.  We must also make this an issue for 2016.

Everyone has a Right to self defense and no one should be disarmed or have their Rights restricted in any way because of the actions of a madman.