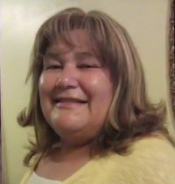 It was to be Maria Arcos first day on a new job but it ended in tragedy instead.  Maria was heading to a bus stop near her home when she was attacked by as many as 15 wild dogs ranging in age from about 6 months old to full grown adults.  Apparently this pack of dogs had taken up residence under a nearby and seemingly abandoned building.

Ms. Arcos looks like she’s going to pull through and is in the ICU.  The dogs have been trapped under their building and are being captured and tested for diseases.

Often times we hear those who would like to see us completely disarmed try and bargain with us over their eventual plans to leave us helpless.  They say things like “Who needs high capacity magazines?”

Maria Arcos certainly needed one last Monday morning as those wild dogs were dragging her down the street attempting to eat her while she was still alive. 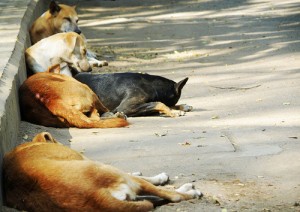 Occasionally someone will try and rebut my assertion that unless you are absolutely unable to carry a fullsize handgun, pocketguns and mouse guns need to be relegated strictly to backup use only.

By “absolutely unable to carry a full sized handgun” I mean your work situation would preclude it from being possible, I don’t mean because you are too lazy to put on a belt that morning.  To me “full size” means something like a G19 or XD9 4″ service model.  Something with a standard capacity of 15+ rounds.

Next time you go to drop that P32 in your pocket on the way out the door, consider 6+1 rounds may not carry the day if you run in to multiple adversaries… or in Ms. Arcos case, 15 of them.