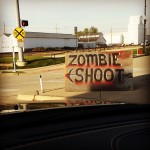 This year the annual Zombie Shoot at the Aurora Sportsman Club was combined with the 2014 BullPup shoot.  In the unlikely spot of Waterman, IL hundreds of BullPup fans and Zombie fanatics turned out for a action packed day of shooting.

There were approximately  15 different “stages” at the event, including everything from Muzzle loading and Archery to getting a ride on a Kane County SWAT armored vehicle and shooting at targets from inside it.

There was no charge to visit the event as a spectator and prices to go through the various stages were reasonably priced.  $45  to shoot all the stages once or $90 for unlimited turns through all the various stages and a T-Shirt.  There were additional charges for firing some of the select fire offerings such as Thompson Sub guns to Nagev’s and Steyr- Aug’s.  Prices averaged  from $10 per magazine to $15 per magazine for those experiences.

In addition to 13C being on hand you might have also recognized Military Arms Channel and TheHossUSMC. 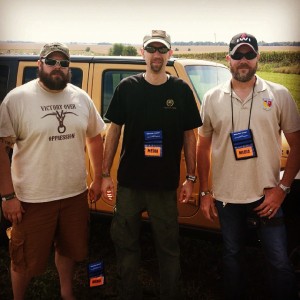 In addition to stages there were numerous vendors on hand such as IWI, Manticore Arms, Rat Worx, EZ2See targets and even some local groups such as Chi-Town Tactical in addition to too many more to list here.

The shoot seemed to be a huge success and preregistration for the Zombie event was the highest ever.

13C has video footage from the event on the 13C YouTube page: 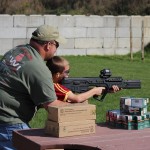 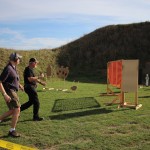 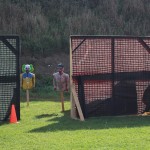 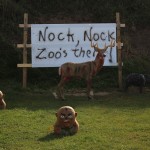 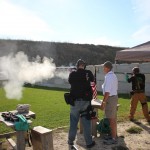 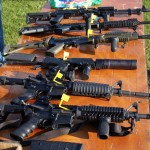 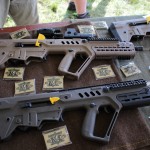 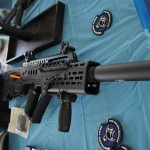 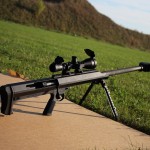 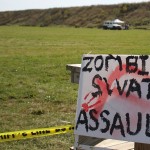 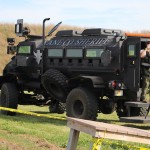 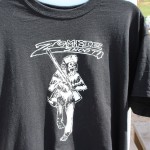 Manticore Arms and Rat Worx unveiled their brand new Integrally Suppressed Tavor and Rail System during the event as well, you can find out all the details and an interview with Sven from Manticore about a new item also in the works here:

As an Oath Keeper Joe is known for his staunch, unwavering defense of Liberty and the Constitution. His background in medicine, from the streets as a FF/EMT to a level 1 trauma team, bring a unique perspective to TBS team. As a life long firearms enthusiast you may also recognize him from his work with MAC and as founder of 13C Gun Reviews.
View all posts by Joe →
News Stories, Reviews