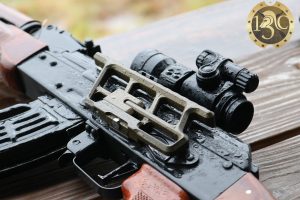 Our first look at the event focuses in on RS Regulate and their new product offerings for 2017.

Among them are new finishes such as Wasteland and Desolation in a Type III hard coat anodizing and a mini ACOG AK side mount for ACOG’s like the TA44. 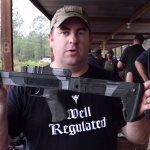 In addition is a new side folding stock adapter for the VZ58 series of rifles which will help to bring the shooters eye in line with the sights as well as improve felt recoil when compared to the standard metal side folder.

This adapter will fit virtually all VZ58 clones including the VZ2008. 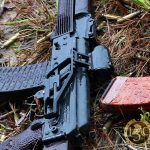 Finally the new Galil ACE rails are in production and hitting the market.  They will be offered in 10″ and 14″ versions for rifles and a 6″ version for the Galil ACE pistol.

As an Oath Keeper Joe is known for his staunch, unwavering defense of Liberty and the Constitution. His background in medicine, from the streets as a FF/EMT to a level 1 trauma team, bring a unique perspective to TBS team. As a life long firearms enthusiast you may also recognize him from his work with MAC and as founder of 13C Gun Reviews.
View all posts by Joe →
Big 3 East, Reviews acog, ak mount, ak47, big 3 east, gallil, rs regulate, vz2008, vz58