Record numbers for handgun sales and lowest firearm homicides in 20 years? Where? 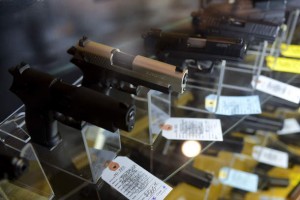 As much as those of us in the pro-gun crowd think poorly of California when it comes to firearms, there are a dedicated group still there fighting like hell.

Last year California set a new record in handgun sales, over HALF A MILLION.

Granted by raw population numbers there are certainly higher percentages in many states but common, that’s still awesome news!

California also sold nearly half a million longarms as well.  Not too shabby.

It’s also important to note that homicides by firearms are down to their lowest level in 20 years as well as accidental shootings.  Yet another mark in the “More guns = less crime” column.

For full disclosure suicides involving firearms has risen slightly in the past decade but as we all know, their are far easier and cleaner ways to kill yourself than using a firearm.