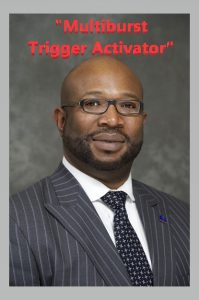 These bills deal with legislators being allowed to carry handguns to the Capitol Complex and a ban on a so called “multiburst trigger activator”.

SB 148 would prevent fellow Senators and Representatives from carrying their otherwise lawfully possessed handgun onto the Capitol complex without first taking “specific handgun training”.  Exactly what this training is? No one really knows and it doesn’t seem to be specified at this point.

It is, of course, worth noting that in Indiana legislators currently don’t trust their employers, the Citizens of Indiana, with being able to defend themselves while on the Capitol Complex grounds.

The second bill is SB 111 .  SB 111 would ban something called a “multiburst trigger activator”.  This term isn’t yet defined but it would seem to be aimed at currently lawful firearms accessories such as “bump stocks” and would likely include other items such as Binary Triggers.

In the wake of the Vegas massacre the knee jerk reaction by some has been to try and ban items they don’t understand. The level of ignorance is shocking but it isn’t slowing down the enemies of self defense in the quest to ban any and everything they can.

Senator Taylor has taken an oath to uphold and defend the Constitutions of both the State of Indiana and The United States of America.  Perhaps he needs a refresher.

A well regulated Militia, being necessary to the security of a free State, the right of the people to keep and bear Arms, shall not be infringed.
–Second Amendment to the United States Constitution

Section 32. The people shall have a right to bear arms, for the defense of themselves and the State.
–Indiana State Constitution 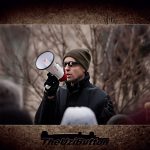 Please contact your State Representative and Senator and let them know how you feel about these items.  Also please tell them you support Constitutional Carry in Indiana such as from Rep.  Jim Lucas, who’s bill will be exiting a summer study for reconsideration.

As an Oath Keeper Joe is known for his staunch, unwavering defense of Liberty and the Constitution. His background in medicine, from the streets as a FF/EMT to a level 1 trauma team, bring a unique perspective to TBS team. As a life long firearms enthusiast you may also recognize him from his work with MAC and as founder of 13C Gun Reviews.
View all posts by Joe →
Political anti gun, indiana, legal, legislation, pro gun, rkba, second amendment