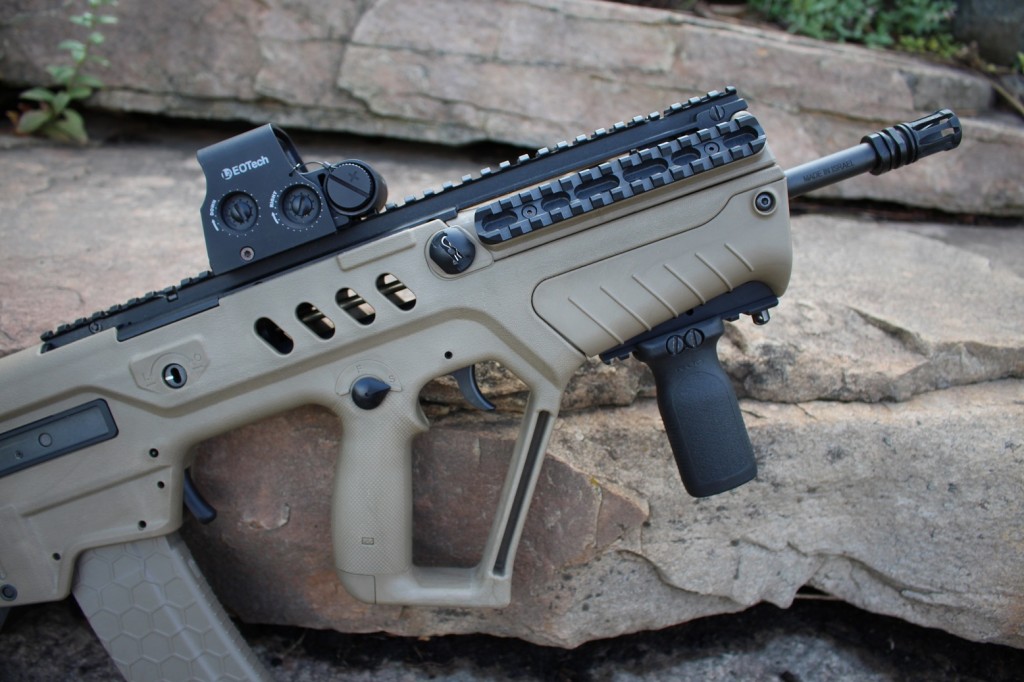 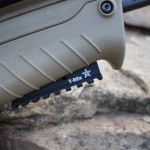 About a year ago I reviewed the T-REx rail from Homeland Guns for the Tavor.  The rail was a excellent high quality solid piece of billet aluminum and a solid alternative to the plastic OEM rail offered by IWI.

The OEM rail and the original design from Homeland Guns both leave a “void’ between the contoured end of the handguard and where the rail ends. 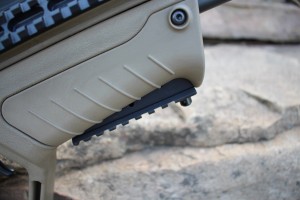 The newer version fills that void perfectly as well as adds a threaded port for attaching a bipod or sling swivel.

Ascetically it looks better and the function is improved as well.  Like the original T-REx rail it is a solid piece of Billet Aluminum and as with all of the Homeland Guns products I’ve come across it’s made right here in the USA!

You can watch the video I did on the T-REx original rail on the 13C YouTube Channel .