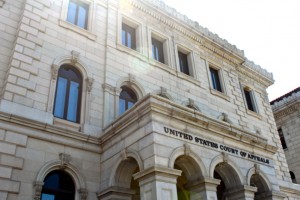 When it comes to Maryland’s Assault Weapons and High Capacity Magazine bans the Fourth Circuit Court of Appeals, in a 2-1 decision, has ruled:

“In our view, Maryland law implicates the core protection of the Second Amendment—’the right of law-abiding responsible citizens to use arms in defense of hearth and home,’ District of Columbia v. Heller, 554 U.S. 570, 635 (2008), and we are compelled by Heller and McDonald v. City of Chicago, 561 U.S. 742 (2010), as well as our own precedent in the wake of these decisions, to conclude that the burden is substantial and strict scrutiny is the applicable standard of review for Plaintiffs’ Second Amendment claim.”

The ruling is still disturbing in my opinion because it continues to reference phrases like “in common use by the citizenry” and relies quite heavily on them.  This is disturbing because it implies that new weapons for self defense may not be covered because they aren’t already “in common use”.

Over all, it’s a well deserved win but like everything else it seems, plain and simple language like “shall not be infringed” isn’t always quite so plain and simple.  Even when the court rules “strict scrutiny” needs to be applied.

Chris Cox of the NRA had this to say about the ruling:
“The Fourth Circuit’s ruling is an important victory for the Second Amendment. Maryland’s ban on commonly owned firearms and magazines clearly violates our fundamental, individual right to keep and bear arms for self-defense. The highest level of judicial scrutiny should apply when governments try to restrict our Second Amendment freedoms.” – Chris W. Cox, executive director of the NRA’s Institute for Legislative Action

In any event, a win is a win and this is one worth drinking to.