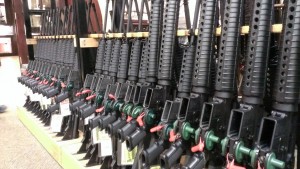 On November 25th 2016, a day known to retailers and consumers as “Black Friday”, Americans bought enough firearms to arm every single member of the United States Marine Corps.  Again.

Last Black Friday Americans purchased 185,354 firearms according to the FBI … well in actuality those were just the NICS background checks conducted by the FBI on that day.  The number of firearms actually purchased on that day would be significantly higher, both in 2015 and in 2016.

The 185,713 NICS checks conducted are per transaction and when those firearms are actually transferred.  For those not familiar there are two parts to why the number of firearms purchased that day will be much higher.

First, more than one firearm can be purchased on a single 4473, the document used to record the information about the sale and the approval number from the FBI in regards to the NICS check.

Second tens of thousands, if not hundreds of thousands,,purchased firearms online that day.  Those online purchases won’t start showing up on NICS checks for at least 2 days as those firearms must be shipped to a local Federal Firearms License (FFL) dealer and then picked up in person after the background check is completed by the local FFL. 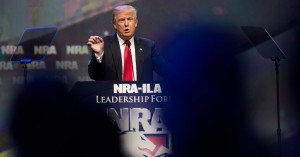 Many predicted, with the election of Donald Trump, a slower Black Friday for gun sales.  Currently what little coverage this story is getting by the major news outlets continues to whitewash the numbers by saying buyers are “still scared” and “uncertain” in regards to more possible gun control legislation.

Sorry, that’s not the case.  The truth is more and more Americans are getting involved in taking an active role in their own self defense as well as enjoy the sporting side of the Right to Keep and Bear Arms.

That fact is clearly evidenced by the amount of new owners, more licensees to carry being issued than ever before and the long over due surge in female firearms ownership, not to mention continued records sales numbers.

Self defense and possessing the means to defend yourself and your family is an American Birthright and I am so proud that more of my fellow countrymen and women are exercising that Right.  Be it on “Black Friday” or any other day.

Now get out there and encourage any new gun owners you might know to acquire some training to not just safely use their firearm at the range but also to learn how to defend themselves with it too.

As an Oath Keeper Joe is known for his staunch, unwavering defense of Liberty and the Constitution. His background in medicine, from the streets as a FF/EMT to a level 1 trauma team, bring a unique perspective to TBS team. As a life long firearms enthusiast you may also recognize him from his work with MAC and as founder of 13C Gun Reviews.
View all posts by Joe →
News Stories, Political black friday, gun sales, record